In a taxi with… reformed bad boy Anthoney Wright 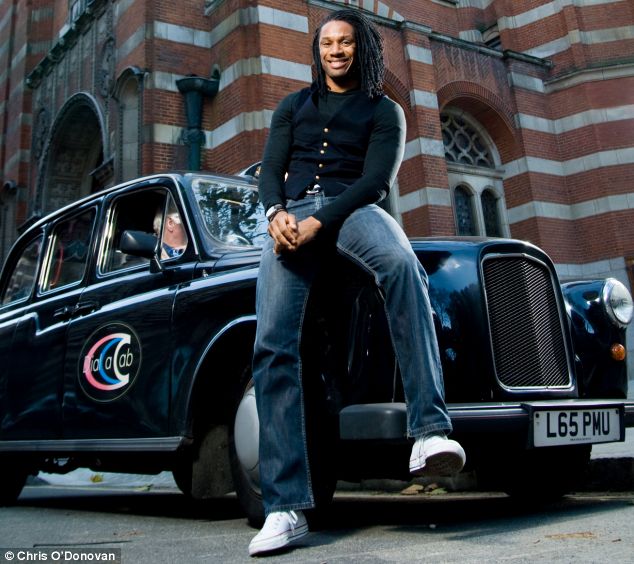 A spiritual stay in The Monastery – and the spark of an inspirational father-figure – helped the soul singer find his true path in life.

A laid-back vision of male beauty casually uses the window of our cab as a mirror to let his hair down and comb his braids in Battersea Park, Southwest London, with a girls’ hockey team checking him out as they pass by.

Once, the attention might have gone to Anthoney Wright’s head, but the singer is calmer and wiser since he spent 40 days in a monastery and changed his life for the better. ‘There was a grain of truth in my old image as a champagne Lothario. I can be a very bad boy if I want to, but in every bad there’s good,’ laughs Anthoney, 30.

Four years ago he was a marketing whiz for a big law firm, leading a playboy lifestyle in which he frequented the same haunts as Hollywood stars and young royals. But in 2005 he realised abruptly that there was more to life than clubbing. ‘I thought, “God help me. This is so unreal.”’

God did indeed help him, for a friend rang to say that the BBC were looking for a ‘spiritual black guy’ to join four other volunteers sampling the contemplative life alongside 22 Catholic monks at Worth Abbey in Sussex for reality TV series The Monastery.

On the show the atmosphere wasn’t always holy, particularly when Anthoney was accused of being a money-making braggart by another contestant. ‘The programme-makers changed things quite a lot. But I wasn’t a troublemaker,’ insists Anthoney.

The overall experience so inspired him spiritually, that when he came out, he converted to Buddhism and decided to focus creatively on the solo music career he had always wanted – he had sung and played drums at school and was an occasional singer with music duo Basement Jaxx and various dance bands in the early noughties. The Monastery, he says, ‘opened my eyes to the karma side of things’.

He set up his own music production company and started writing songs. Ian Wright, the founder of Reverb Music, heard him at a gig and signed him up. He became a second father to Anthoney until his death from cancer in 2007.
Ian’s faith in Anthoney was justified, for his soul voice is as sumptuous as his looks. His first single, ‘Reset to Zero’, went straight on to Radio 2’s playlist last September and impresses our cabbie, Charlie from Hainault, a hardcore Bob Marley fan.

As for Anthoney’s next single, ‘No Me Without You’, from his debut album Feet on the Ground, I defy any woman not to be wooed by that whispering caress of a voice.

Despite the songs about love, there’s no one in his life at the moment. However, South London-based Anthoney – who was raised in Nottingham by his grandparents and now, in turn, mentors his two younger half-brothers, aspiring singer Ainsley, 23, and Jamie, 17 – definitely wants his own family one day.
‘A special young lady will step into my life and I’ll think about having kids. My mother had me at 19 and wasn’t capable of the responsibility, so my grandparents took over.

‘They were my saving grace – I grew up in a stable and musical household,’ says Anthoney, who acquired the ‘e’ in his first name from an aunt’s habit of affectionately calling him ‘Ant-Honey’.

His father, reggae singer Winston Curtis Green, hasn’t had contact with his son for ten years. As for his mother, Anthoney admits: ‘She played a lot of emotional games by stepping in and out of my life. I have minimal contact with her now. She needs to grow up.

‘My half-brothers grew up with her, so I encourage them to be whatever they want to be. Everyone needs someone special in their life to spark things off, as Ian Wright did for me.’

He adds: ‘I don’t run away with myself, I keep it real. For me, music is about touching people with a message rather than just shaking my stuff.’

Anthoney’s new single, ‘No Me Without You’, and debut album, Feet on the Ground, will be released in February by Palawan Records